I have been studying martial arts for many years and currently hold a 6th Dan Black Belt in Jiu-Jitsu. As well as serving in HM forces for 18 years I ran a successful security business and have encountered violence first hand more times than I care to remember. Due to my training I have survived life threatening encounters on numerous occasions and I am still hear to talk about them.
Embark on a truely rewarding martial arts journey so that if the unthinkable should happen to you, you too will stand a better chance of survival !

Combat Jiu Jitsu is a practical method of self-defence, personal fitness, and character development. It incorporates and uses the natural laws of motion as applied to combat and when comined with effective striking techniques forms an extremely powerful offensive or defensive martial art system -  ''Combat Effective Jiu Jitsu''.

Combat Jiu Jitsu includes techniques both defensive and offensive to defend against attacks from armed and unarmed assailants. It is a complete self-defence/fighting system. The goal is to produce a practitioner capable of using striking techniques, Jiu-Jitsu, weaponry and ground fighting where necessary.

It is not a contest of muscular strength, nor does it attempt to maim or kill. It uses throws, locks, kicks, and punches to gain release from an attacker and to temporarily incapacitate him or her. It is applicable to women and men of all ages and sizes. It places priority on practicing self-defence, while adhering to the law relating to self-defence. A strength of Jiu-Jitsu is that you can learn and choose techniques to use without being concerned with competition rules and their limitations. It covers the entire spectrum of different realistic types of attacks, including kicks, punches, knees, elbows, throws, take-downs, joint-locks, strangles, chokes, ground-fighting, weapons and much more.

Jiu Jitsu is an excellent form of exercise, especially when considering the importance of maintaining or increasing one's flexibility, endurance, and strength, and is also good practice for children. It builds self-confidence, co-ordination, and it teaches them respect, discipline and other social benefits. Although Jiu-Jitsu is categorised mostly as a system of self-defence, sporting competitions, especially in Brazilian Jiu Jitsu have become more common. We however don't teach the sporting aspects of the art. 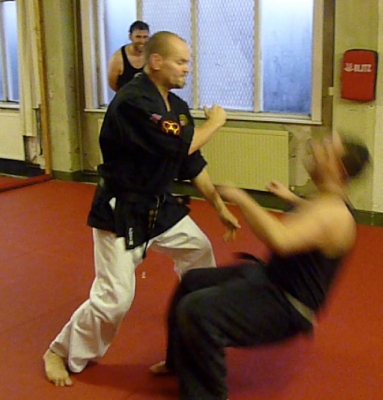 The basic principles of Jiu Jitsu are understandable by everyone. Combat Jiu Jtsu will mould itself to the practitioner, utilising his or her strengths.  At Scorpion Jiu-Jitsu we will never force our students into a standard mould or fixed unrealistic stances. After the initial levels of training are well established individual ability and expression is encouraged and expected. We expect students not only to be able to demonstrate a technique but also be able to incorporate it into an ever changing combat environment in combination with techniques already acquired. 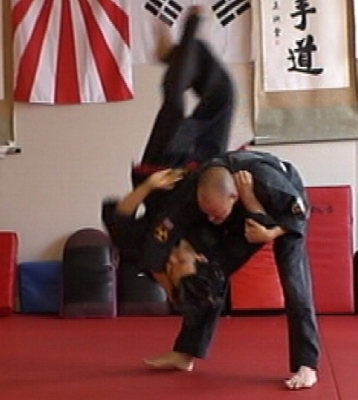 Why not start a journey of rich traditions, exhilarating skills, and most of all gratifying accomplishments? Progress step by step through the most sophisticated martial arts training system available. From your white belt presentation, through thousands of combat techniques, hundreds of hours of physical development, deeply satisfying achievements, all the  way to the day you receive your renowned coveted black belt. A belt that WILL be eaned and not just handed to you. A belt that you will be proud of for the rest of your life.

At it's core Combat Jiu-Jitsu, as taught at the Bury Martial Arts Academy is one of the most dynamic and effective martial arts systems around today.

Self Defence
You will learn one of the most acclaimed combat arts in existence today.
Skill development
You will dramatically enhance your motor skills co-ordination, reflexes, balance and agility, which will positively impact on all other activities
Physical development
You will build strength. Flexibility and an overall wellness only achieved through positive physical activity
Self Improvement
Confidence gained from setting and accomplishing goals self discipline, perseverance and new found courage, achieved by conquering new challenges, you will defuse stress and acquire a powerful new focus. Combat Jiu-jutsu will give you the edge.